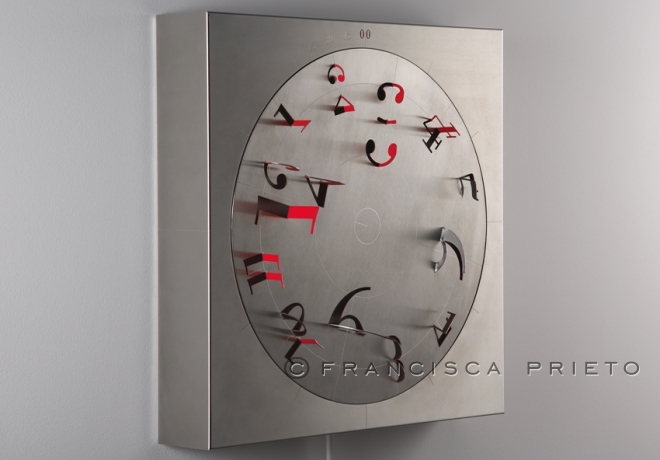 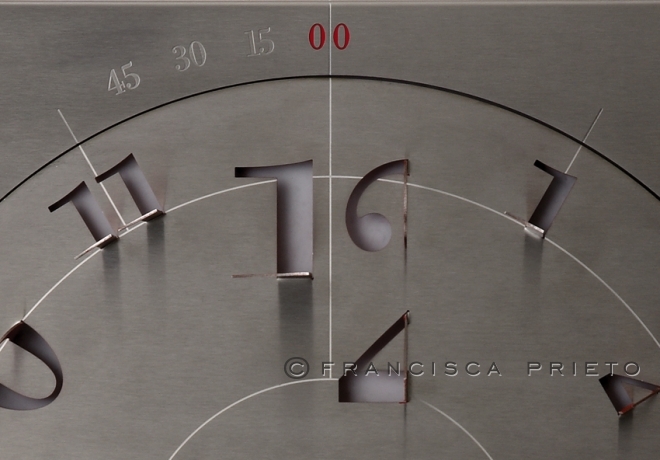 Anticlock reverses the very measurement of life, reimaging the telling of the time from which we gauge our days. The numbers of the clock are pulled from the face; their forms joining the three-dimensionality of the reality they serve. Like Antitype, they are split, recognisable as everyday numerals, yet halved by an alternative dimension. Circling one another, these numbers are strangely fantastical, so familiar yet off-kilter – and they move, turning defiantly anti clockwise. To tell the time, our eyes need only return to the same place at the top of the clock face, where the minutes past the hour light up in quarters, corresponding to the number that moves into its space. Reminiscent of the turning of a compass – in which north always remains at the height – the anti clock gravitates to a more instinctive way of telling the time. It is the numbers that spin, objects held in both space and time, as planets move around the sun.