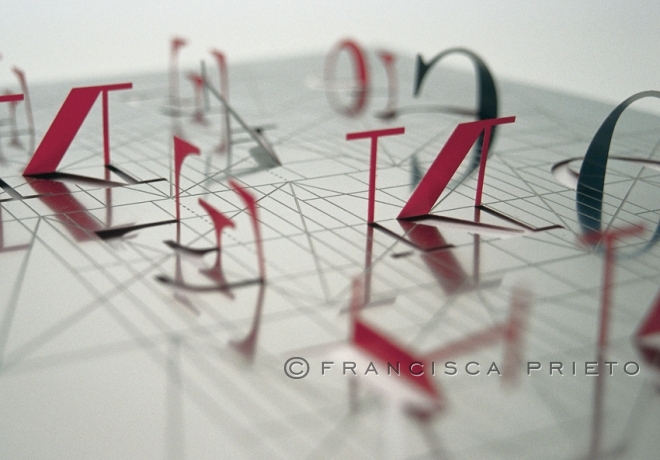 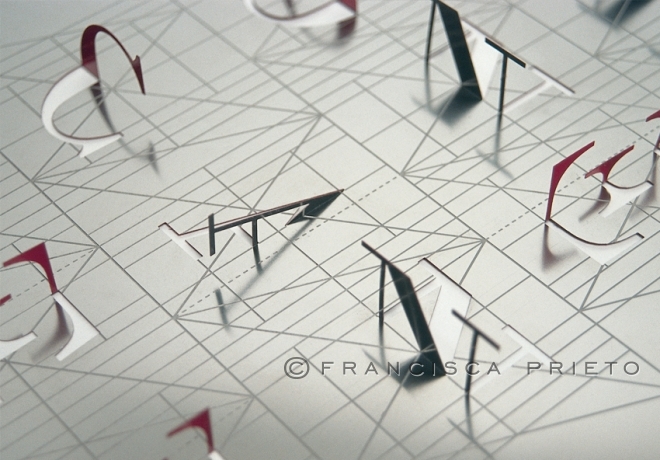 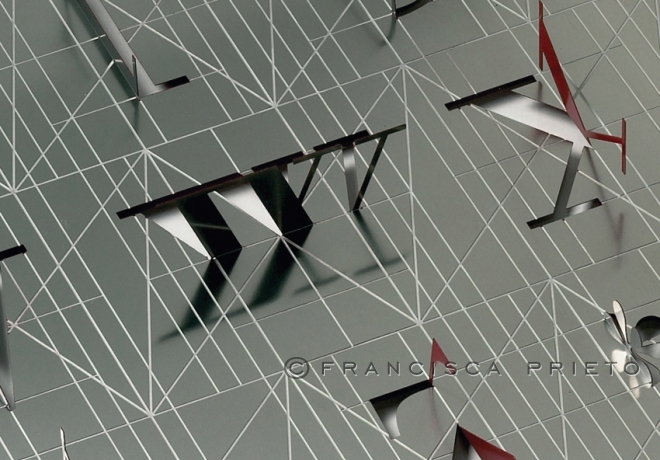 In Antitype Francisca subjects both the way in which we read and the dimensionality of text itself. Cutting each letter across, half the character is pulled up and out, rising sharply and sculpturally out of the page. These new constructs are ordered and assembled to a metallic grid of precision and space – guided with lines that refract and react to a new order. The whole character as we know it is never seen, each angle abstracts a new form from type’s line. Yet each letter is still instantly identifiable, so ingrained are the signs with which we speak, write and read. The revolutionary ideas of constructivism colour each letter red – paying homage to a new way of thinking, embodying Francisca’s own determination of reinvention.