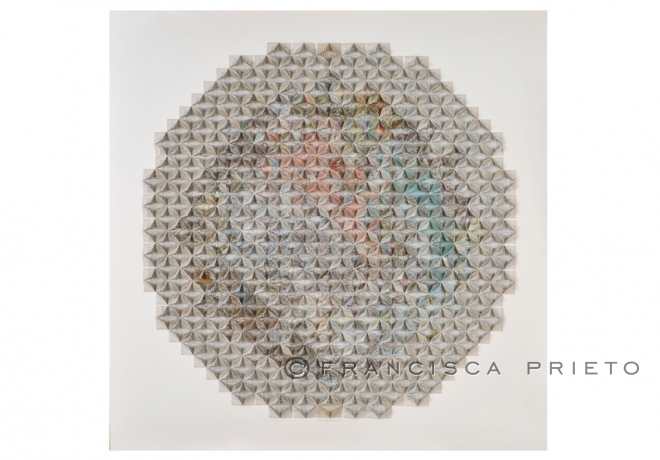 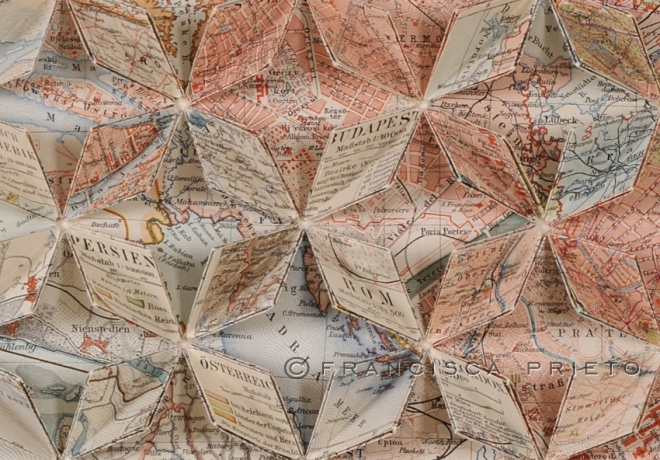 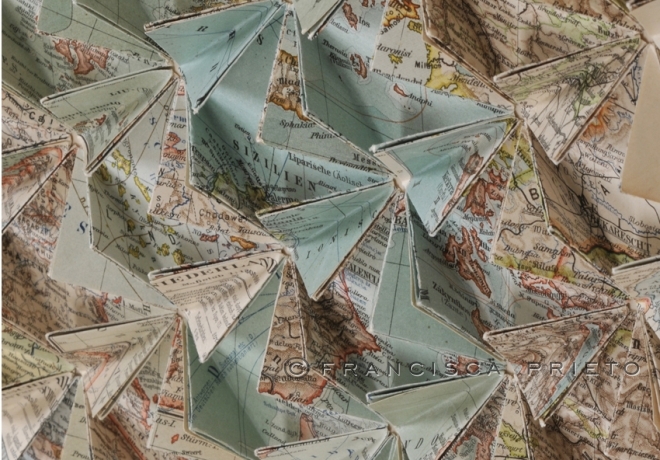 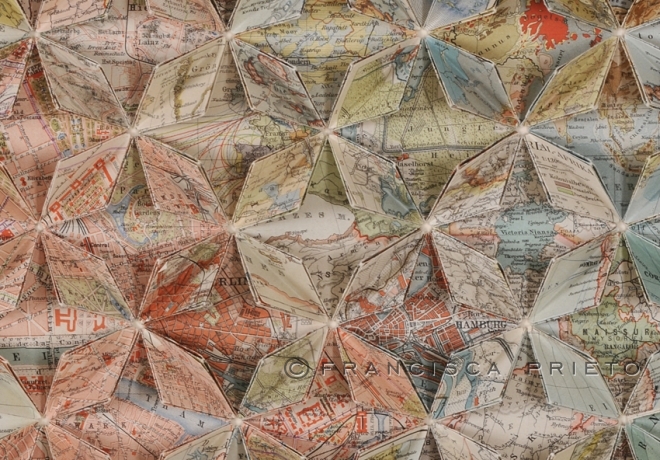 With the anticipation of an explorer holding the world in their hand, Francisca opens up the possibilities of discovery in Atlas. An atlas’s precious pages would have been the closest many would have come to travelling at the turn of the nineteenth century and Francisca channels these past hungry eyes in her own playful reimagining of the world. The challenges of distance and proximity are cast aside as the key cities of the time are brought closely together – Budapest, Rome, Berlin, London and Paris; their veins of economy and culture running into one another. Patterns of East End streets run into the grand expanses of Prague, while the coloured and enticing threads of shipping routes lead to the magnified boulevards of seductive Paris. Using every page, Francisca has created a new world, led by colour from afar – bright blue oceans run into the pink and clustered knots of civilisation – and by invention up close.