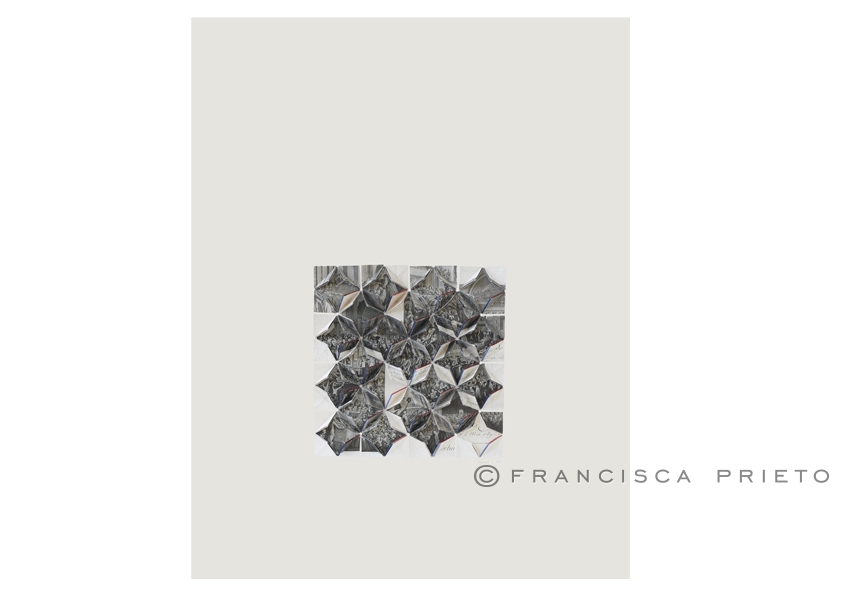 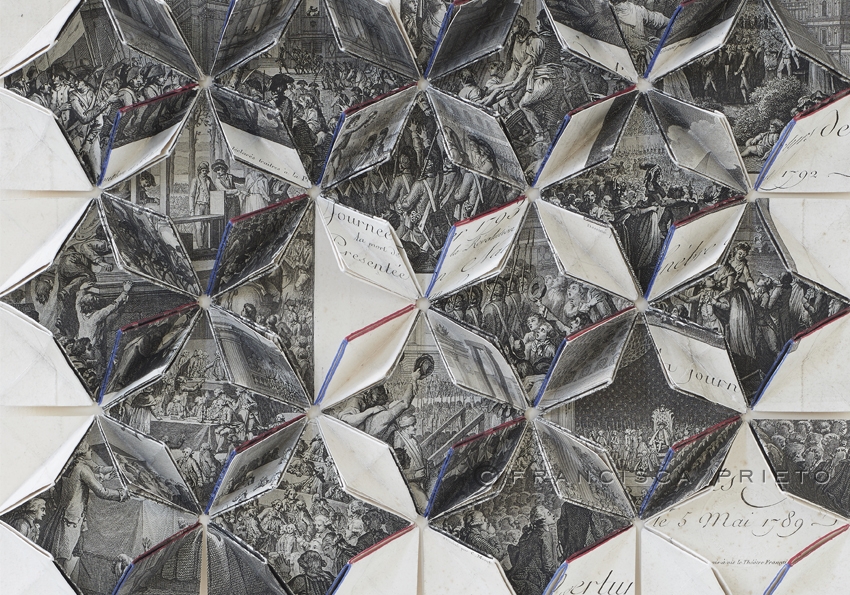 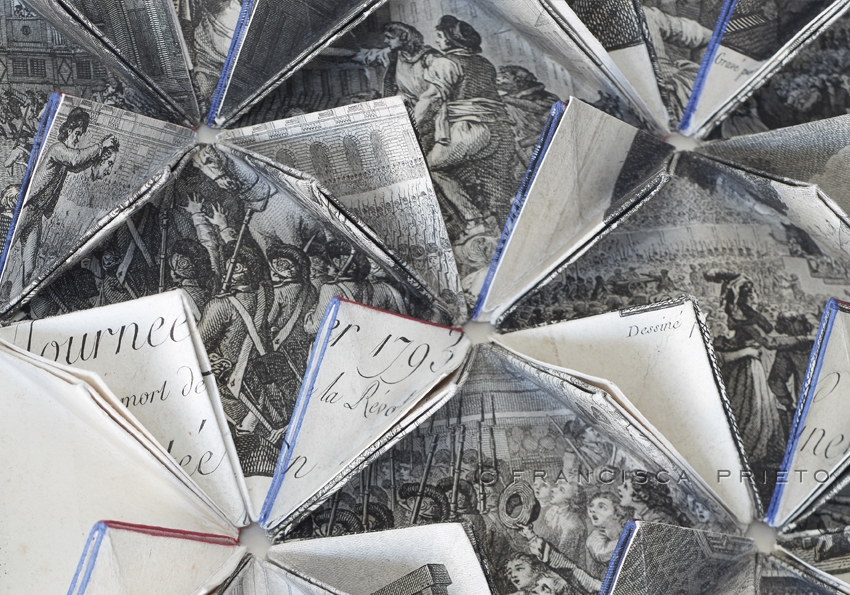 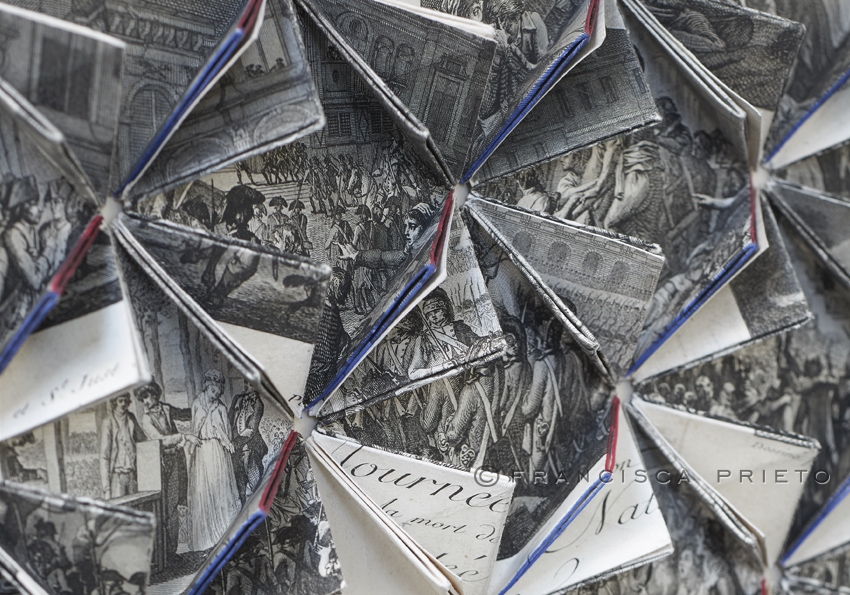 A series of engravings by Isidore-Stanislaus Helman after Charles Monnet; circa 1790.
104 x 82 cm

In this Between Folds Francisca sets alive eight documentary etchings on the French Revolution. With expressions of passion, determination and desperation, the monochrome figures clamber up, around and out of the pages, their waving arms lifted higher in angular folds. Hidden among the marching soldiers and emphatic crowds, the graphic details of revolution are revealed – a head held swinging from a triumphant hand, the platform of the guillotine. Viewing from left to right, blue edges deepen to red triumphantly, the colours of the French flag emblazing the action. Interspersed between the teems of people are the faint yet momentous dates of the revolution. Looped romantically in ink, they appear as one would have experienced at the time – as a whirlwind and barely visible amongst the action, set in stone only through history. In this work Francisca leaves much space around her pages; the final written date is 1799, more is yet to come.