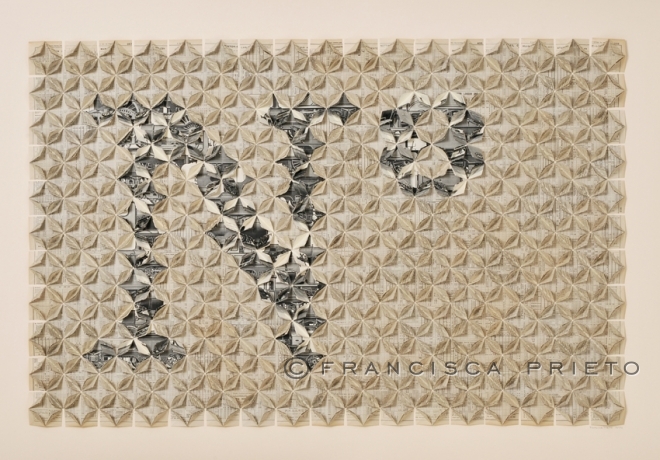 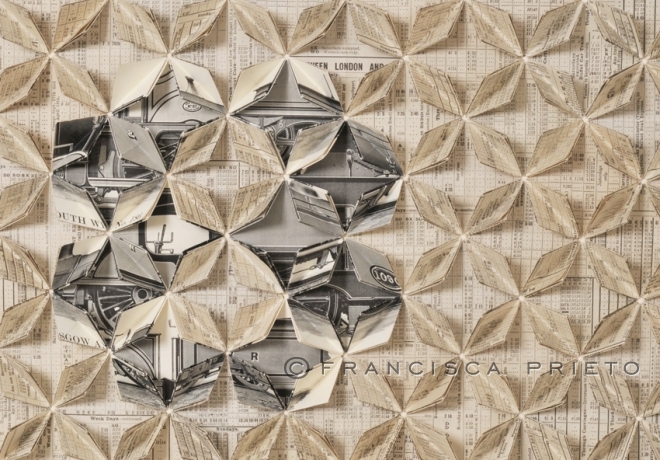 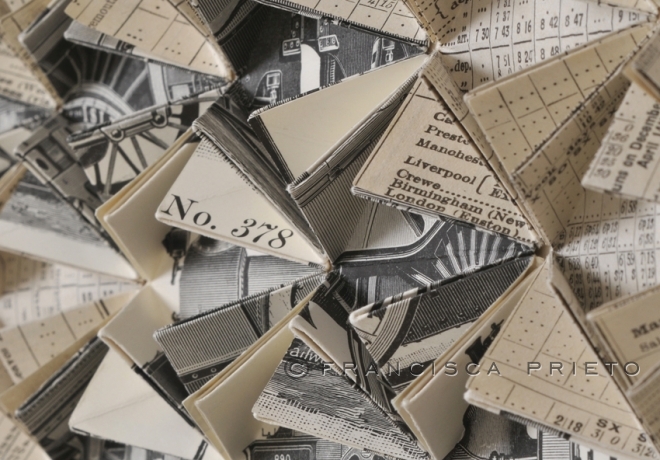 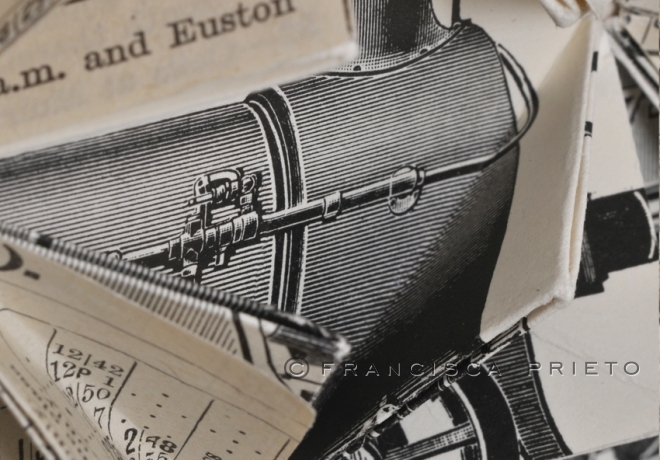 Between Folds / Railway pairs the repetitive columns of old train timetables with the mechanical detail of early locomotive engravings. The engineering and design of the great beasts of Victorian industrialisation emerge from the endless lines and numbers of a past reality – the times that governed people’s lives and movement, forgotten and now superseded. We are left with the careful intricacy of mismatched printed typography, continuously amended for evolving life – the heaviness of bolded numbers and station names, the dots and lines that divide and categorise, the beauty of what is now seemingly without meaning.