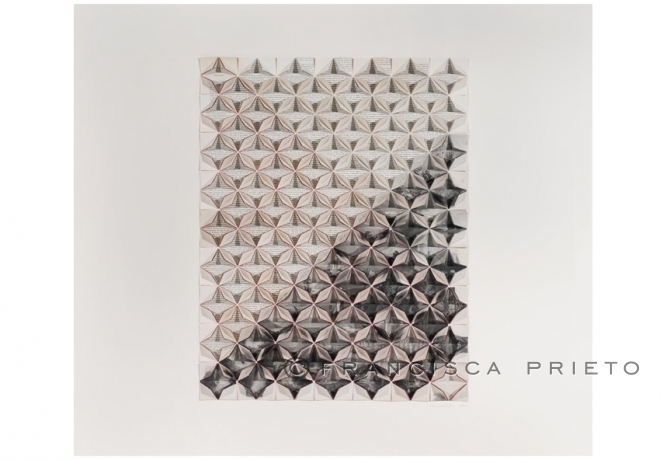 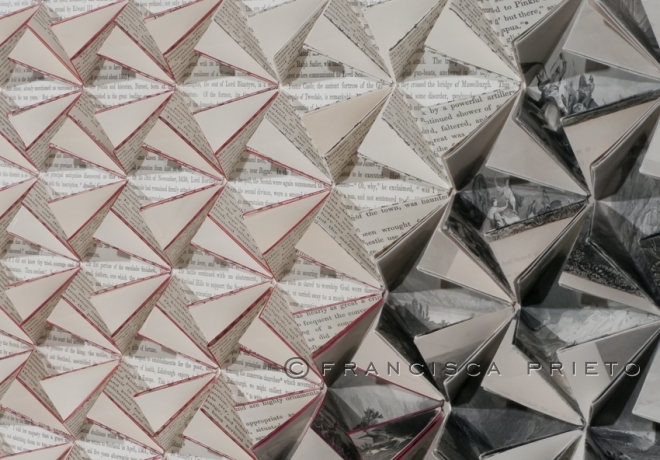 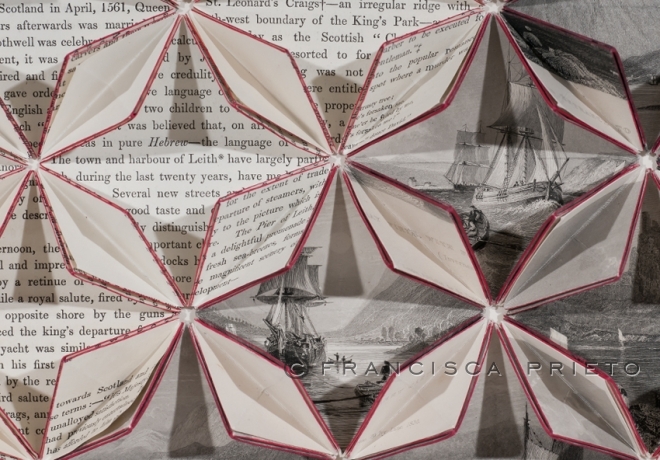 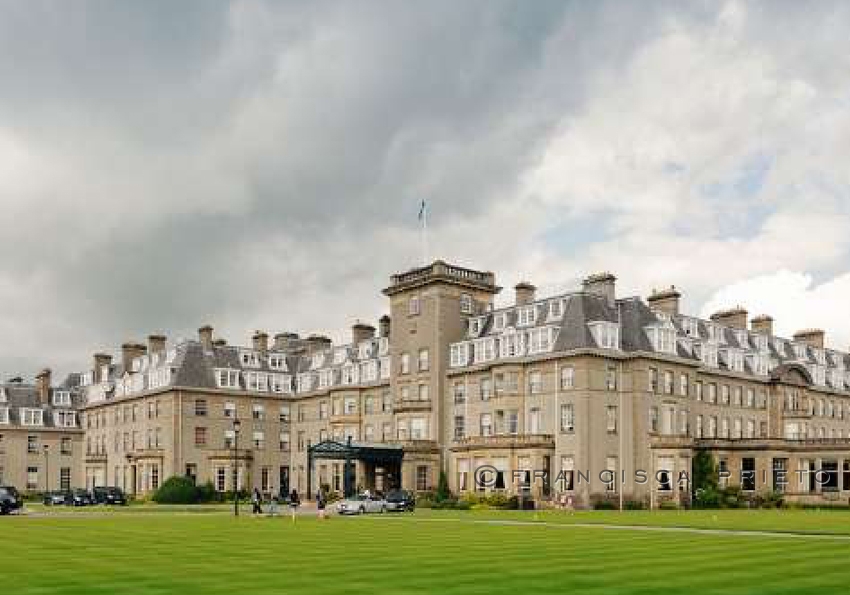 Francisca’s Scotland builds a vivid picture, drawing on the profound power a book’s text and illustrations can possess in subtly conjuring a place. A diagonal line divides text from image while folded edges are tinged with the red of blood, passion and war, the veins of Scotland’s history seeping from the pages. Between each fold, fragments are revealed of this landscape’s past – small doorways into walled cities, lochs and merchant ships – images with intriguing detail that carry our eyes across the work as each angled viewpoint reveals more of this magical land.

Scotland was acquired by The Gleneagles Hotel, a 5 Star luxury Hotel in Perthshire - Scotland.