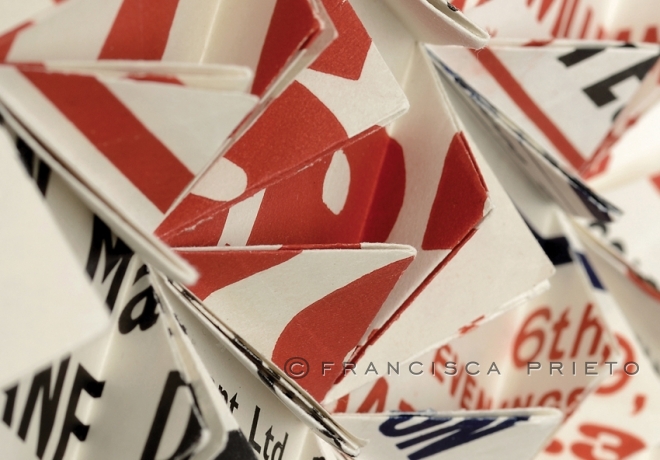 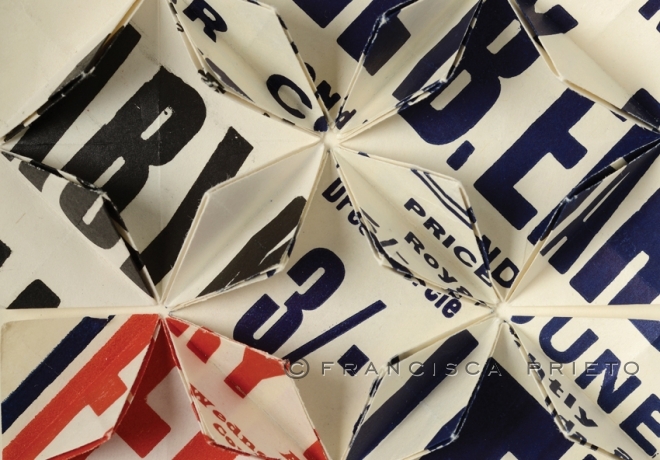 Collected from the Theatre Royal in Brighton and Nottingham, these posters remember productions from 1929 to 1958. Tightly packed to the shape of an exclamation point, bold and emphatic lettering reads down at an angle – an emphasis of long and elongated typefaces, drawing on the strength of the angular line. Heavy in black and red, Francisca transforms the posters into a work reminiscent of Russian constructivism. Honing each letter’s stylised weight through her points of three dimensionality, text is lifted from the page and enlivened. Channelling the energy of performances long gone by, words and symbols of 30 years are folded into a pithy yelp of constructed punctuation.