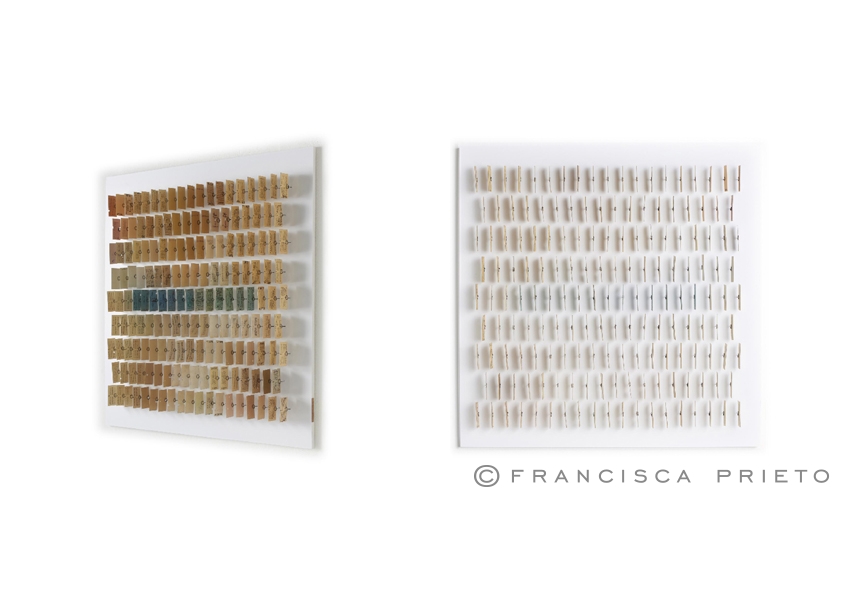 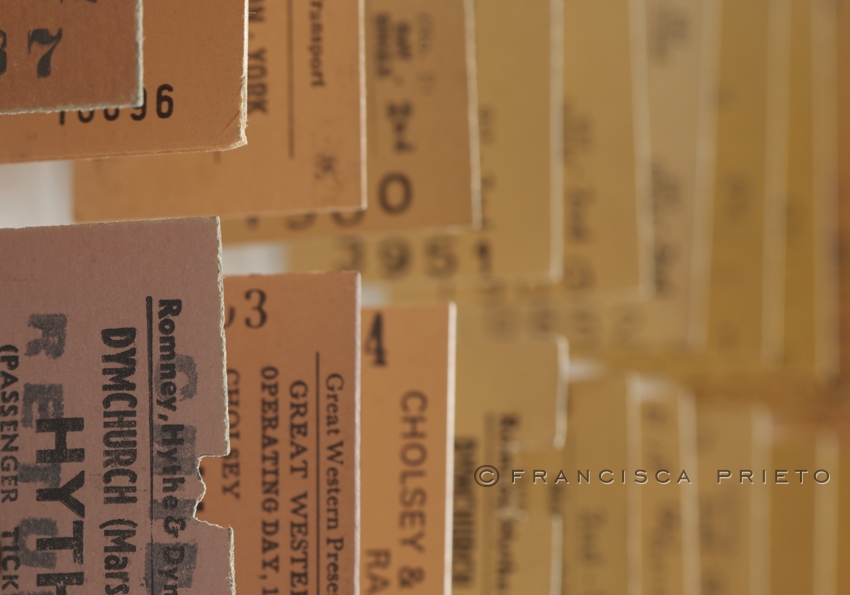 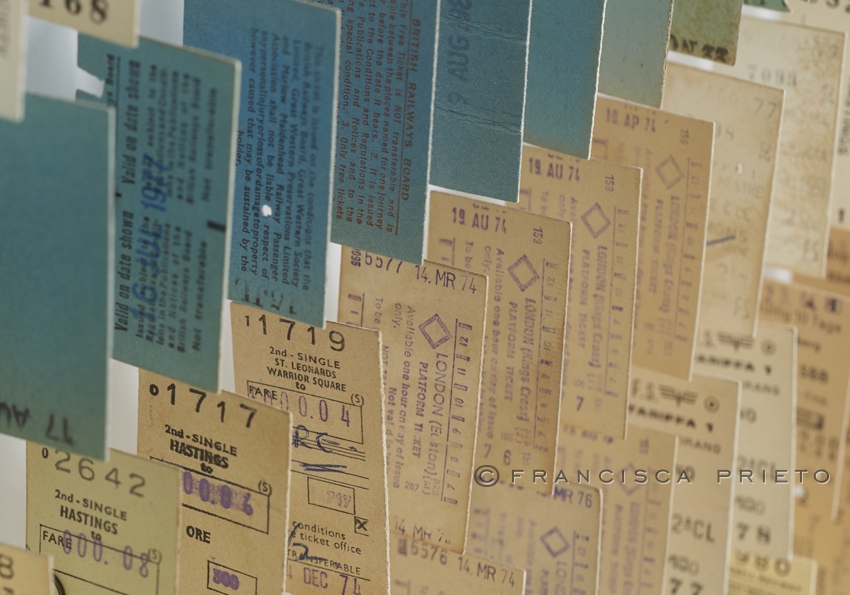 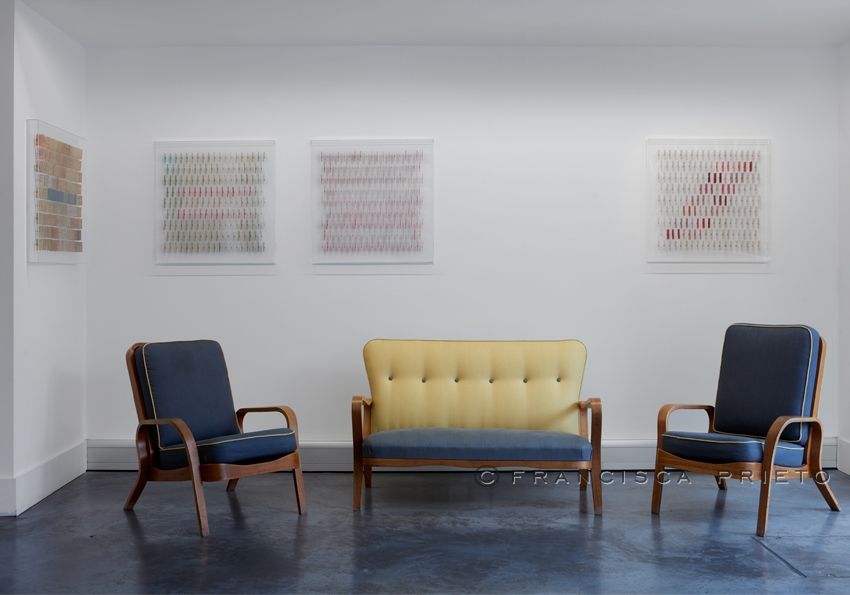 “The notion of the picture as the product of painting…is being replaced by the experience of spatial construction”. The Line by A. Rodchenko, 1921.

Intrinsic Dimension is a series of twelve compositions that explore and visualise the 1921 thesis by the Russian artist Alexander Rodchenko. Rodchenko advocates the abandonment of figurative art on a quest for a new kind of painting; one where the artist’s invention relies on the construction of material. Francisca brings a new dimension to the canvas by materialising the line and using it to build. Suspending old card railway tickets, she creates waves of colour with fragments of distance travelled. Lines, Rodchenko’s skeleton of construction, become suggestive indications of narrative and emotion, as intensities of visual texture and colour are ordered as paint applied. Contrast comes in angles and movement, as the works change depending on our perspective or viewpoint. Rippling with the singularity of every ticket, every line carries us on our own journey, creating the character for each of the multi-layered artworks.

The retreat of painting from representation had an effect on the entire structure of the work of art, making it closer to a construction&hellip;&rdquo; A. Rodchenko.</p><a href="http://www.blankproject.co.uk/news/construction-lines-0">... [+ info]</a>