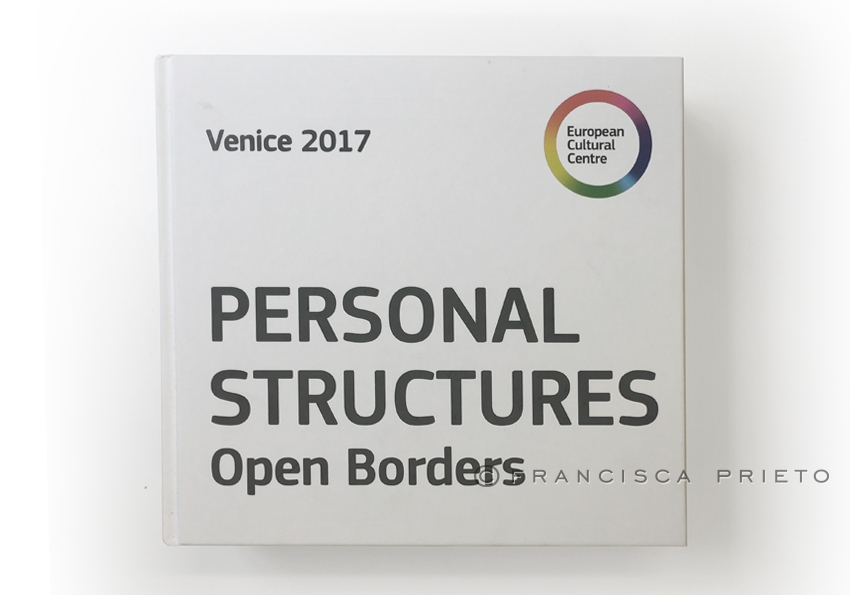 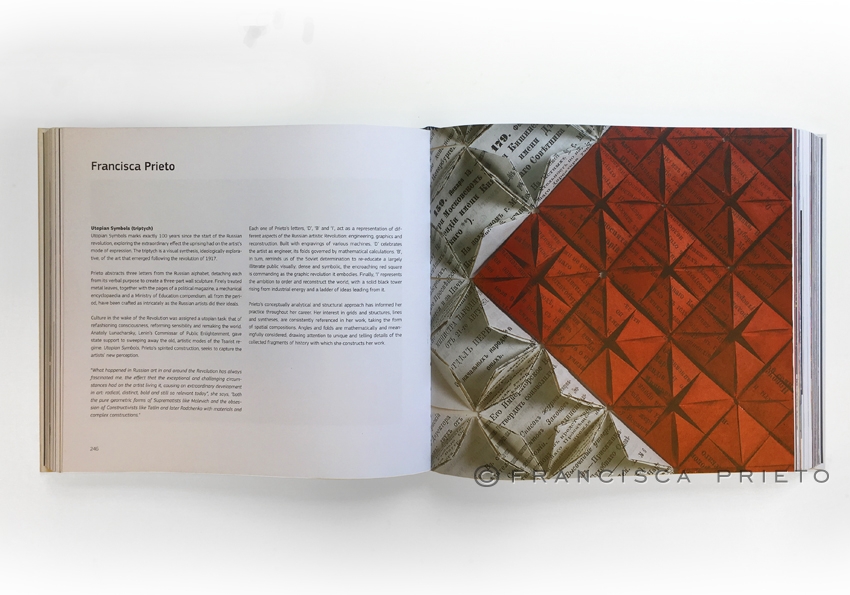 This publication accompanies the exhibition Personal Structures in the context of the 57th Biennale di Venezia (13 May – 26 November 2017, Venice, Italy). The exhibition locations of the European Cultural Centre are Palazzo Mora and Palazzo Bembo.

Utopian Symbols marks exactly 100 years since the start of the Russian revolution, exploring the extraordinary effect the uprising had on the artist’s mode of expression. The triptych is a visual synthesis, ideologically explorative, of the art that emerged following the revolution of 1917.

Prieto abstracts three letters from the Russian alphabet, detaching each from its verbal purpose to create a three-part wall sculpture. Finely treated metal leaves, together with the pages of a political magazine, a mechanical encyclopaedia and a Ministry of Education compendium, all from the period, have been crafted as intricately as the Russian artists did their ideals.

Culture in the wake of the Revolution was assigned a utopian task: that of refashioning consciousness, reforming sensibility and remaking the world. Anatoly Lunacharsky, Lenin’s Commissar of Public Enlightenment, gave state support to sweeping away the old, artistic modes of the Tsarist regime. Utopian Symbols, Prieto’s spirited construction, seeks to capture the artists’ new perception.

“What happened in Russian art in and around the Revolution has always fascinated me, the effect that the exceptional and challenging circumstances had on the artist living it, causing an extraordinary development in art: radical, distinct, bold and still so relevant today”, she says, “both the pure geometric forms of Suprematists like Malevich and the obsession of Constructivists like Tatlin and later Rodchenko with materials and complex constructions.”

Each one of Prieto’s letters, ‘D’, ‘B’ and ‘I’, act as a representation of different aspects of the Russian artistic Revolution: engineering, graphics and reconstruction. Built with engravings of various machines, ‘D’ celebrates the artist as engineer, its folds governed by mathematical calculations. ‘B’, in turn, reminds us of the Soviet determination to re-educate a largely illiterate public visually; dense and symbolic, the encroaching red square is commanding as the graphic revolution it embodies. Finally, ‘I’ represents the ambition to order and reconstruct the world, with a solid black tower rising from industrial energy and a ladder of ideas leading from it.

Prieto’s conceptually analytical and structural approach has informed her practice throughout her career. Her interest in grids and structures, lines and syntheses, are consistently referenced in her work, taking the form of spatial compositions. Angles and folds are mathematically and meaningfully considered, drawing attention to unique and telling details of the collected fragments of history with which she constructs her work.